They were essential in helping King Zog implement many of the reforms which helped characterize the Monarchy. They assisted in the modernization and emancipation of the Albanian society during the 1920s and 1930s, most significantly by bringing a clear European vision to a country which was bridging the gap between oriental and occidental cultures. At the beginning of modern coexistence, they were their brothers’ European cultural ambassadors.

Each sister had a specific social agenda under their patronage:
Princess Senije was head of the Albanian Red Cross. Princess Ruhije was engaged in education, women's rights. Princess Myzejen was a promoter of the arts and culture. Princess Maxhide was engaged in tourism and sports.

The international press showed particular interest in the Albanian Princesses, especially during their visit to the United States in 1938, where the Princesses received a celebrity’s welcome by the public. The press commented on their elegance and followed their visit with great curiosity. First Lady Eleanor Roosevelt invited them to the White House and they had a wide array of meetings. Their visit also helped in the reconciliation of relations between King Zog and Fan Noli. The Princesses were also passionate about Parisian fashion; the international media often took notice of their visits to the different fashion houses of the time.

They represented the King as they travelled throughout Albania visiting villages and towns, taking part in inaugurations and special events. They held meetings with citizens helping solve problems and regional issues. 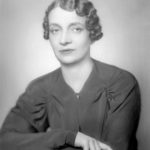 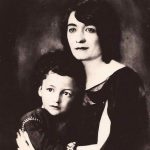 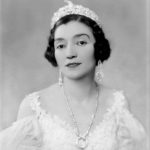 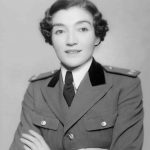 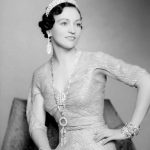 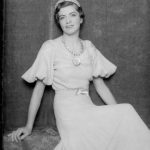 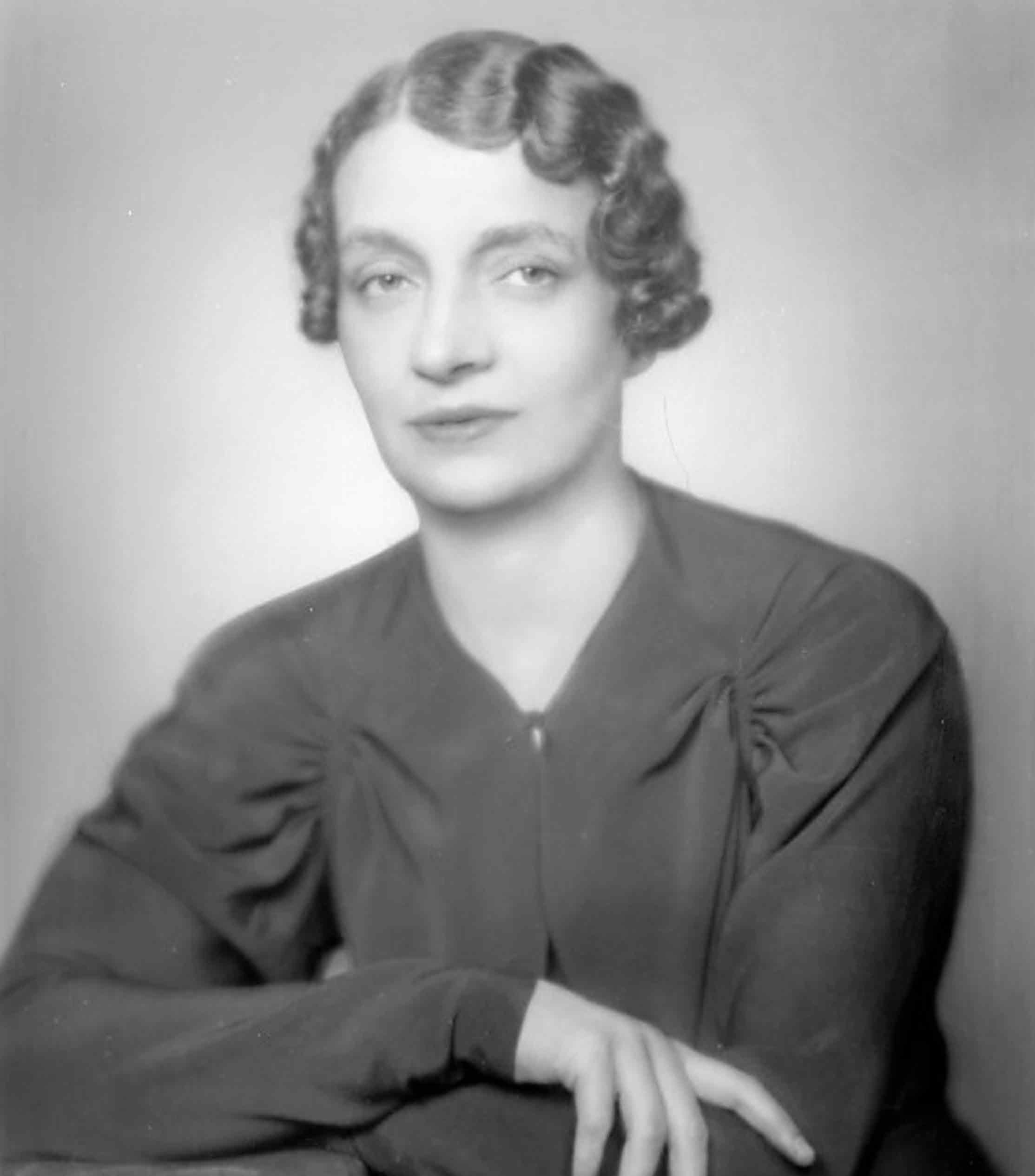 Princess Adile (1893-1966) married Emin Bey Agolli-Doshishti. They had three sons (Salih, Hysein and Sherafedin) and two daughters (Teri and Danush). Adile was a devoted mother and her children were brought up in England. She spent her last years living in Paris with her unmarried son, Salih. Princess Nafije (1896-1955) married Ceno Bey Kryeziu from Kosova. They had a son, Tati Essad Murad Kryeziu, on whom King Zog bestowed the title “The Prince of Kosova”. He was the heir presumptive until 1939. Prince Tati had a number of official duties in supporting the youth and sports. He held the honorary rank of Colonel of the Royal Guard.
Ceno Bey was assassinated in 1927 in Prague, where he served as the Albanian Ambassador. After his death, Princess Nafije, together with her son, moved to the Royal Palace to be near the King. During their years in exile they never separated from the Family. Princess Nafije died in Cairo and her son, Prince Tati, died in Cannes, France in 1993. 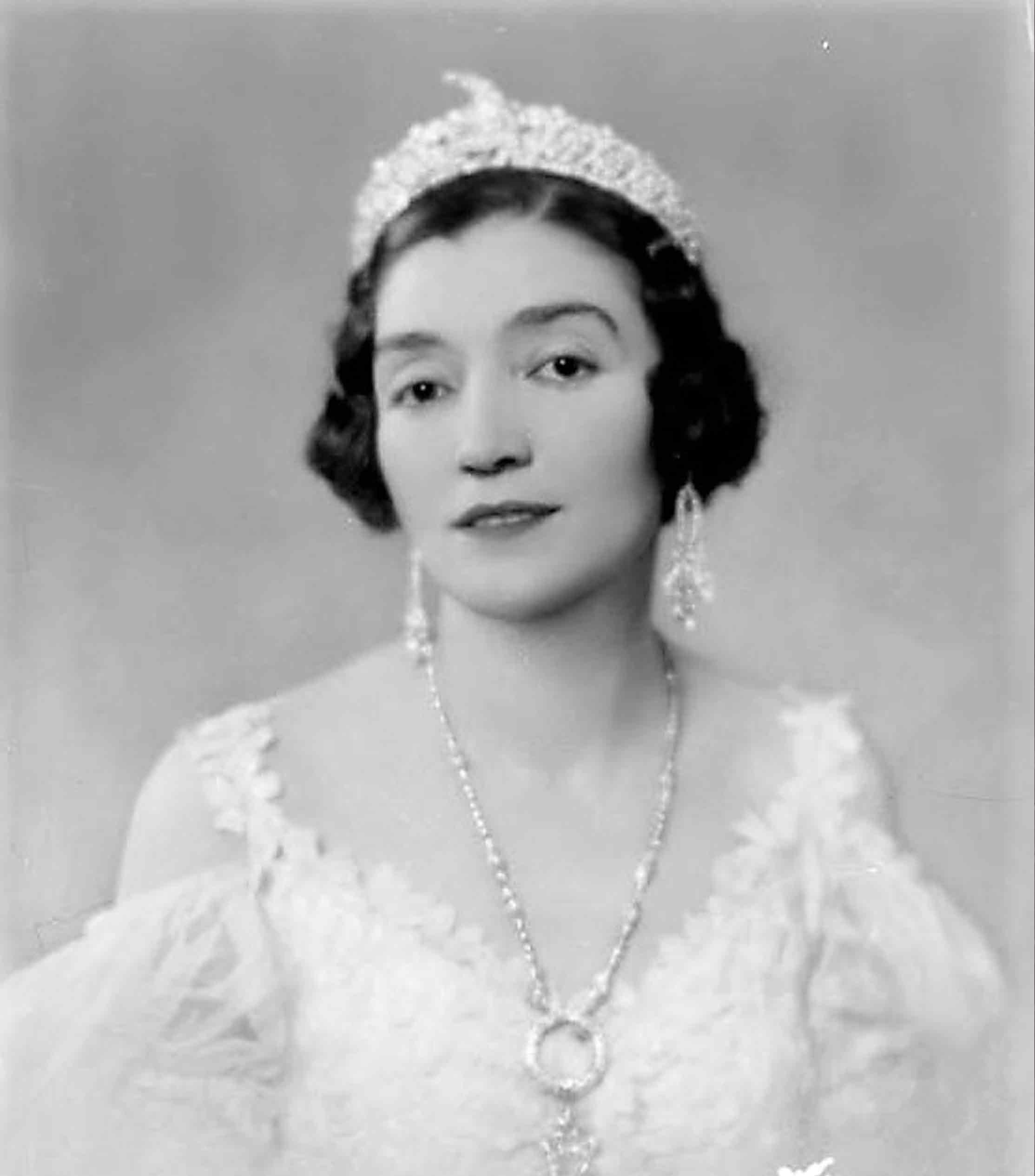 Princess Senije (1903-1969) was the most influential of King Zogs sisters. After the death of the Queen Mother Sadije, she became the King’s trusted adviser.
On December 30th 1921, through the proposal of the Ministry of Internal Affairs, headed then by Ahmet Zogu, the Albanian Red Cross was established. Following the adoption of the statute (April 1922) the Albanian Red Cross became a member of the international community of the Red Cross in Geneva in 1923. During the years of the Monarchy the Red Cross was under the patronage of the King and under the presidency of Princess Senije. The Red Cross accomplished many activities caring for the poor, orphans, the sick, ect. Dispensaries were opened where thousands of citizens could receive health services. The Red Cross also made dental health care available. Mobile ambulances traveled to the poorest regions of the country treating diseases such as malaria. The Red Cross helped train nurses in conjunction with Austrian specialists. They ran canteens where food was distributed daily to the poor. Hundreds of orphans were cared for in the Tirana orphanage, where they were looked after, educated and helped. The orphans were given the chance to develop trades and given special courses and schooling.
Princess Senije married Prince Mehmet Abid of Turkey in 1936, the son of Sultan Abdulhamid II. Unfortunately, their marriage ended in divorce in 1949 and they never had children. Princess Senija stayed with her brother and sisters the rest of her life. She spent her last eight years in Cannes and passed away just one week after the funeral of her sister, Princess Myzejen. 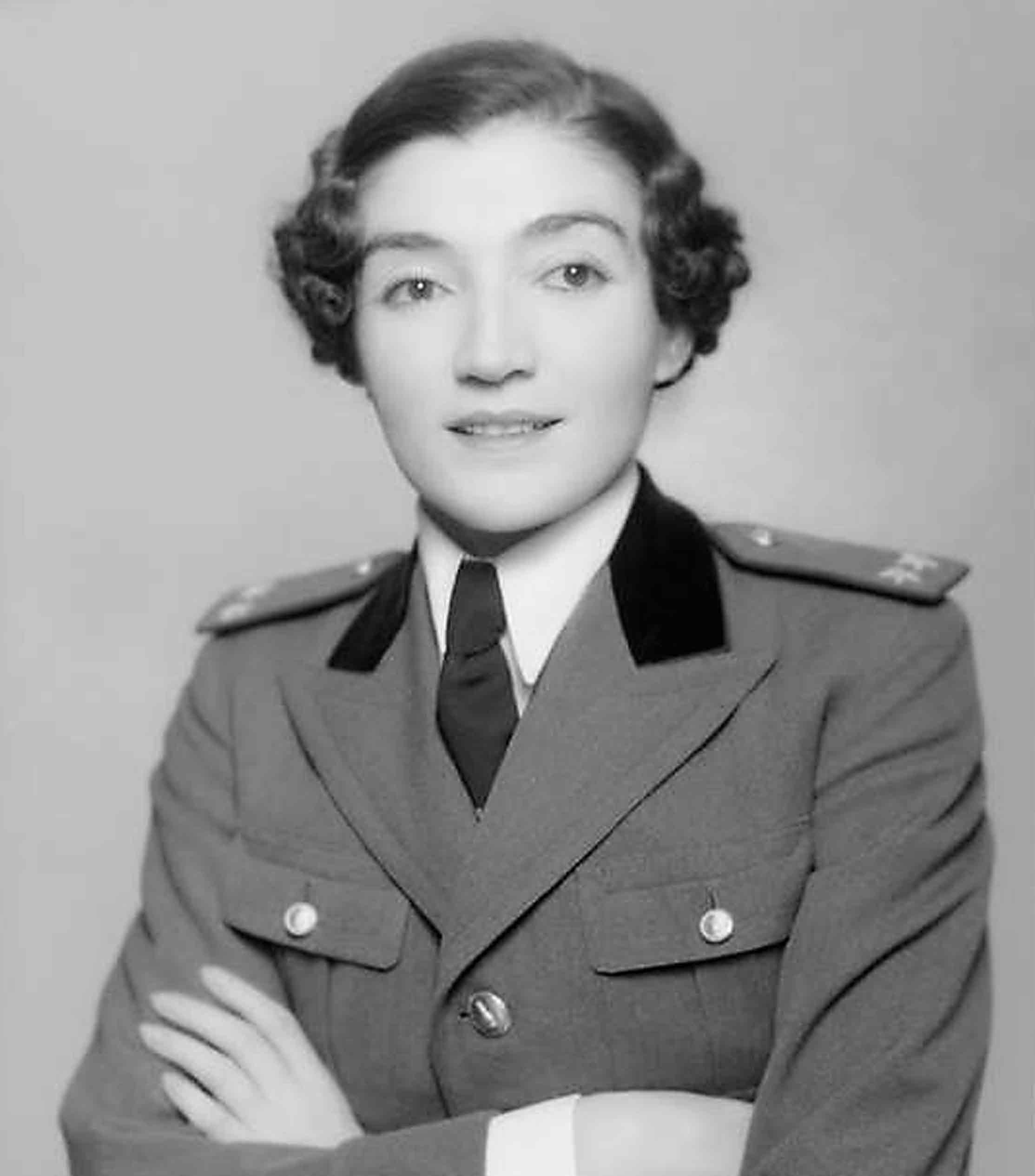 Princess Myzejen (1903-1969) during the years of the Monarchy devoted her time to promoting the development of sporting activities. She became the Patron of Albanian sports. In 1931, by special royal decree the first sport Federation called “The National Entity of Albanian Youth” was established. Until this time all sports were spontaneous and disorganized. The federation started a wide-range of sport campaigns, organizing National Athletics Championships, football, swimming, cycling, boxing, horseback riding, ect. In 1932 the Albanian Sports Federation was registered as a member of F.I.F.A. In 1933 Albania participated in the Balkan Olympic Games with an athletic team. Princess Myzejen never married. She lived all her life with the Royal Family close to her two sisters, Senije and Maxhide. 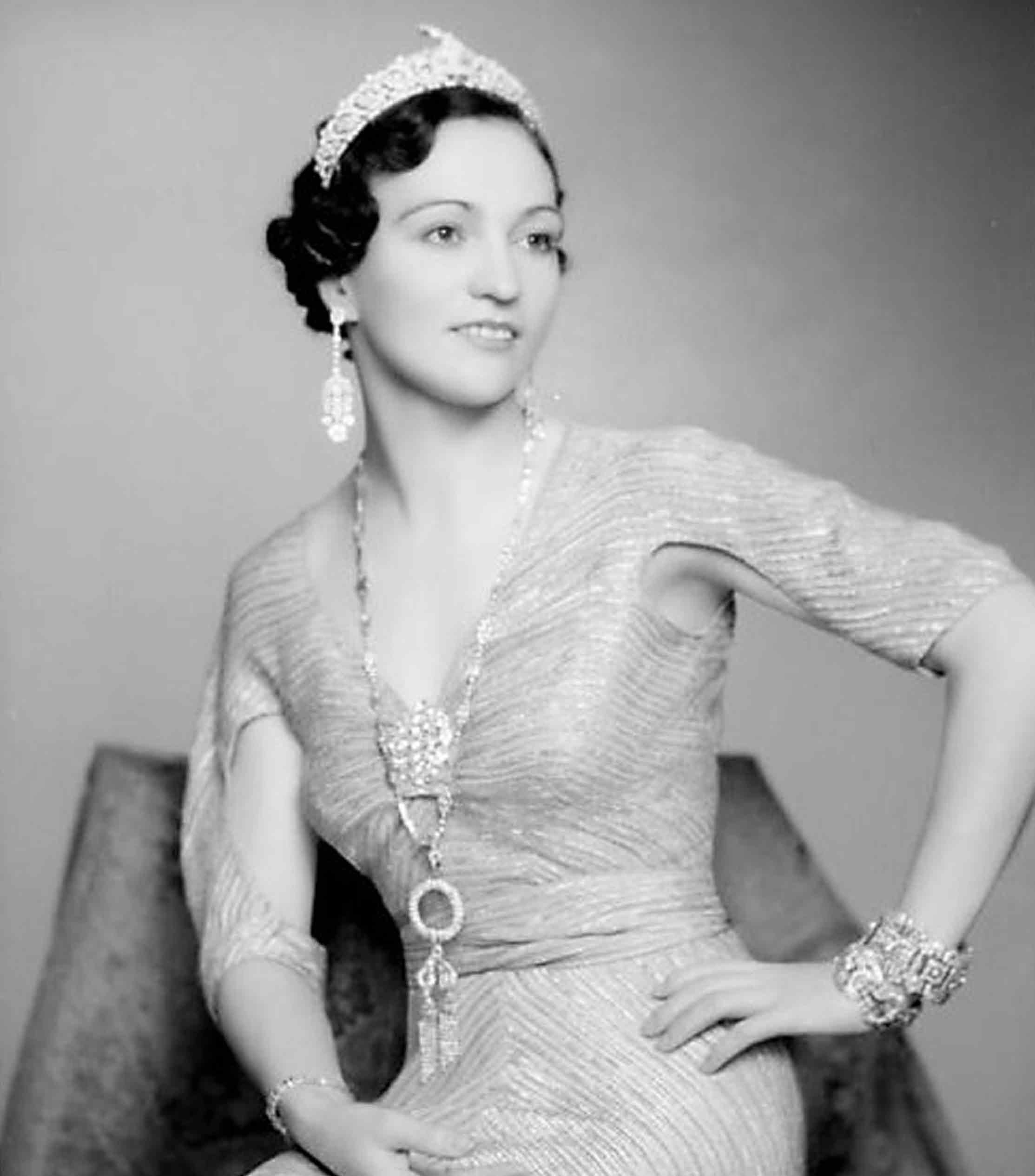 Princess Ruhije (1906 -1948) was the patron of arts and handicrafts. Albania had to start from scratch after five hundred years of Ottoman oppression, where Albanian artistic expression remained isolated and unappreciated. The rich folklore of the Albanian people, the architecture and ancient traces of art had to be revived from centuries of apathy. A creative period of literature flourished during the Kingdom. Patriotic poems and expression thrived. Music was also revived and Albania’s first sopranos, tenors and baritones were born. Theaters became alive and spurred public manifestations. Sculptors and painters had their first exhibitions, the first exhibition being held on the 24th of May 1931, by the “Friends of Art” in Tirana. The Zogist government helped the development of art by founding two schools in Tirana, “The Technical Institute” and the “Arts and drawing school”. Twelve art works by the Drawing & Arts students were displayed in Paris, giving special attention to Albanian heritage. Princess Ruhija throughout this period played an essential role in the dynamics of the artistic development, becoming a supporter and caretaker of these initiatives. Princess Ruhija never married. She stood by her brother and sisters during the years of exile. She died in Cairo after battling cancer. King Faruk of Egypt gave her an official funeral with full honors. 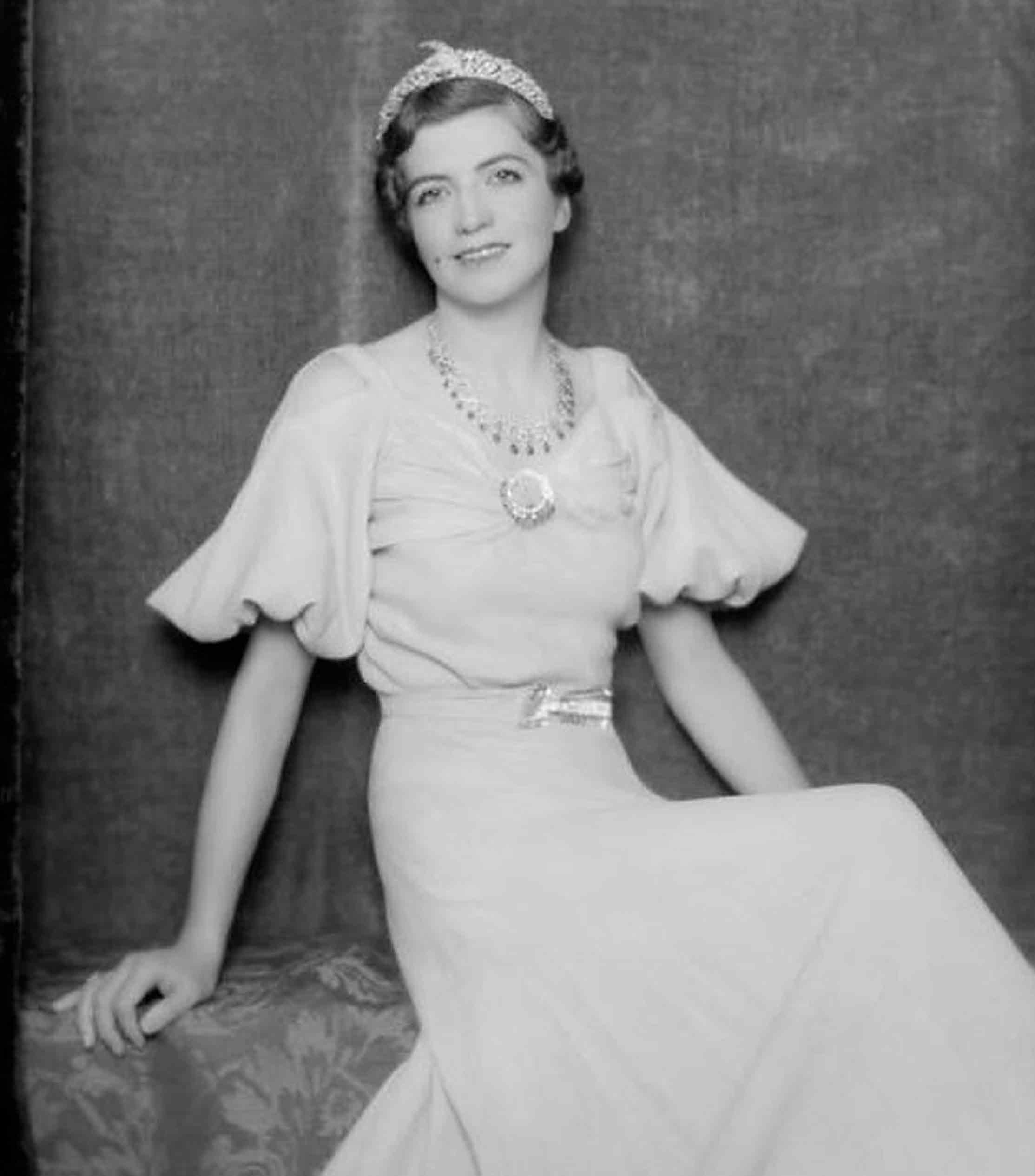 Princess Maxhide (1907-1969) was the patron of Tourism.
The Albanian tourism movement grew during the first years of the Monarchy. It was one of the government’s main priorities to change the international perception of a country ravaged by the Balkan wars and shaken by continues revolts. The Royal government set up a pre-state office tasked to help the tourist sector, as well as to promote through advertising the country's potentials.
Foreign tourism represented an important means of encouraging foreign capital into Albania and indirectly contribution to the perfection of services.
In 1933 the “Royal Tourist and Automobile Club” was established. King Zog bestowed upon the club a royal patent and the club was placed under the patronage of Princess Maxhides.
In 1936, the National Tourism Agency was founded under the patronage of Princess Maxhides and run by the Ministry of Internal Affairs.
The establishment of a statistics office showed the number of visitors, most frequently visited locations, the border points of entry. All this helped provide the tools of a developed and fruitful outline of Albania’s tourism industry.


Show more...
Through the establishment of the statistic office and subsequent information gathered, the National Tourism Authority could direct its energy to: 1- Improving the most frequented post-border buildings and appointing a selected and knowledgeable staff of foreign languages speaking employees, 2-amending the law for Passports, introducing a series of provisions and facilities for foreigners and providing a special “Tourism Card”. An identity card intended to facilitate support for international visitors, 3- The Ministry of Interior implemented legislation to control hygiene care in the areas and centers most frequented by tourists, 4-Tourist advertising in foreign countries. The National Tourism Agency entered into agreements with cruising and shipping companies and secured travel routes to Albanian ports. The Authority also nationalized public transport: building garages for vehicles and stations, scheduling bus routes in exemplary order.
Albania also joined a number of international tourism associations, such as: Conseil Central du Tourizme, Union International des Organes Officiels de Propagande Touristique, Conseil International de la Chasse, Alliance Internationale de l`Hotellerie, Alliance Internatianale du Tourizme etc.
Albania established tourist missions in Paris, Amsterdam, London, Vienna, Piraeus, Athens and Dubrovnik. A number of film documentaries were also made promoting Albania and its cultural heritage.
A National Hunters Association was established which implemented regulations and outlined a country wide hunting map. The Hunters association was impetus for the development of sports tourism.
The Kingdom also invested in archeological sites such as Butrint, Apollonia, etc., where teams of archaeologists did a titanic job in discovering and preserving the countries national treasures. This included the opening of the first archeological museums, such as in Vlora. Princess Maxhides contribution was substantial in Albania’s successful tourism revival.
Princess Maxhide is also remembered for her role in influencing the emancipation of Albanian women. She held rank in the women's battalion of the Royal Guard, known as the Amazons. Like her sisters whom made significant strides in social life, she was fully committed to her duties and vision for a European Albania.
Princess Maxhide would never marry. She lived with the Royal Family until 1961, then with her sisters until her death in Cannes, after collapsing into a coma. 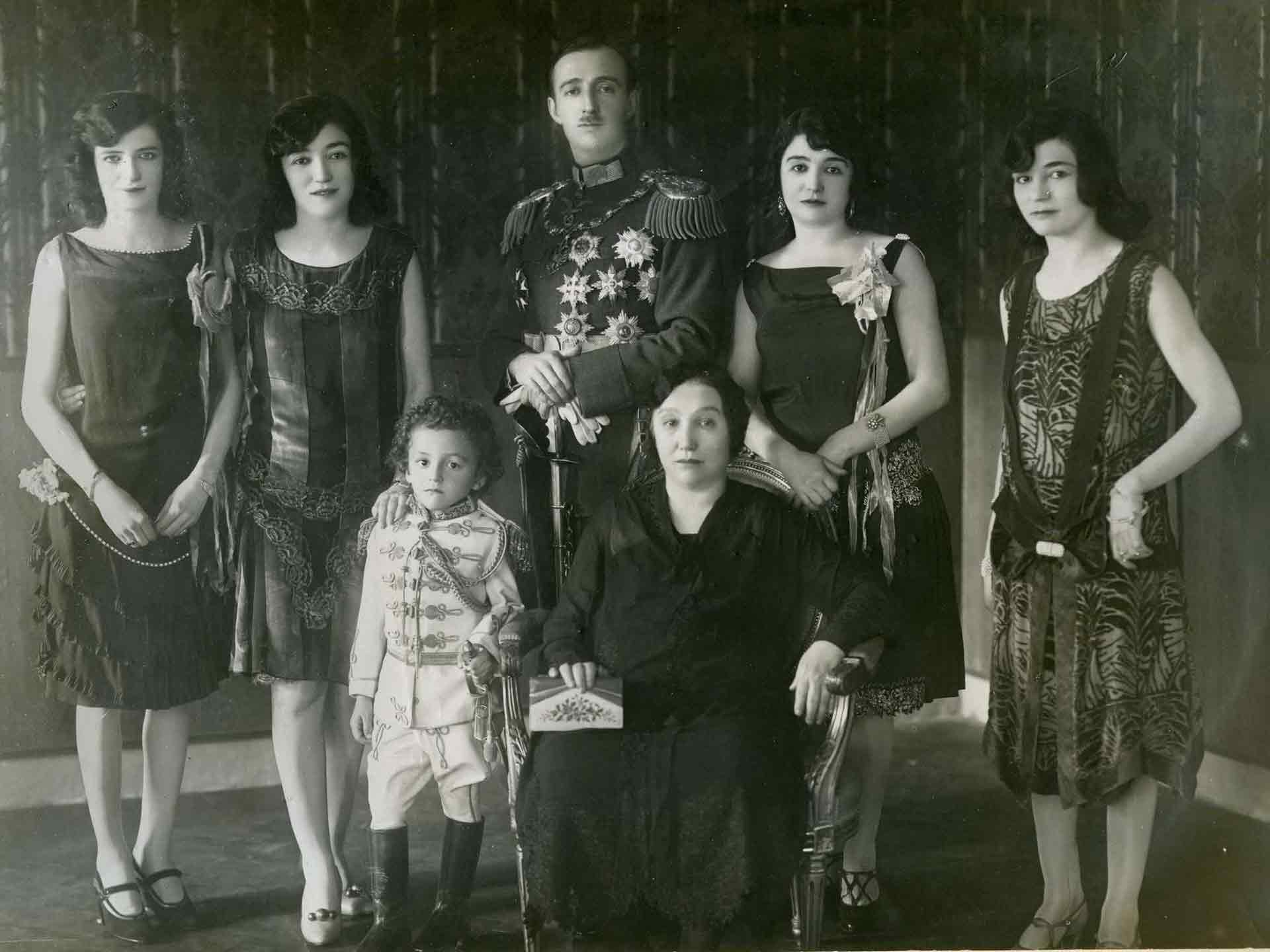