Albania has had rich and dynamic European history extending from the period of the Illyrian and Dardanian Kings and Queens too the modern era. Albania was briefly a principality under Skanderbeg in the mid 1400s, before a long Ottoman occupation which ended in 1912. 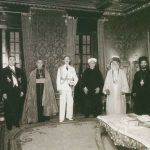 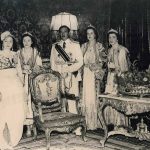 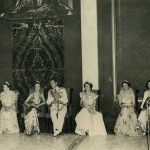 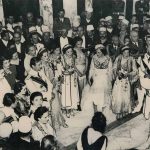 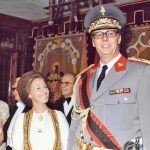 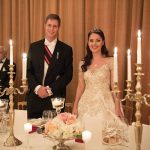 Albania was a Monarchy again between 1928 and 1939, ruled by His Majesty King Zog I. He was born from two of Albania’s noble families, the Zogu family from the Mat region in Northern Albania and the Toptani family from central Albania. Family tradition and oral history asserts that both the Toptani and Zogu families descend from Mamica, sister of Albania’s national hero, the 15th-century General Skanderbeg.
King Zog was a delegate during Albania’s declaration of Independence in 1912. He was a founding father of the first Albanian modern state, where he served as Minister of Interior, Prime Minister and then as Albania’s first President. He was proclaimed King of the Albanians by a Constitutional Assembly in 1928. Albania was then declared a Democratic, Parliamentary Constitutional Hereditary Monarchy.
The period of the Monarchy is described as being the golden era of Albanian prosperity and freedom. The political and economic stability gave birth to a time of development. A modern civil code was implemented which guaranteed the freedom of expression and tolerance, installing the foundations of the modern Albanian State.
New hospitals, roads and institutional buildings gave birth to a renaissance in Albanian architecture. Tirana became the new capital and the epicenter of cultural emancipation. Equal rights for woman were protected, and face coverings for women which had been imposed by the Ottoman Empire were banned.
King Zog defended and promoted the harmony between all the main religions in Albania. The Bektashi Muslims were invited in 1925 to establish their headquarters in Tirana; in 1937 the Albanian Orthodox Church gained recognition as an autocephaly by the Patriarchate of Constantinople (Istanbul), and the Catholic Church and Sunni Muslims thrived. An excellent example of religious co-existence is reflected in the Royal Family: The Queen Mother Sadije Toptani was a Bektashi Muslim, King Zog a Sunni Muslim, Queen Geraldine a Catholic, Queen Susan an Anglican. Prince Leka is Muslim and Princess Elia is an Albanian Orthodox.
It was by King Zog’s order that all Jewish families facing religious persecution from the Fascist and Nazi aggression were protected and given refuge during the 1930s. Based on the principles of the Albanian honor code, called “the Besa”, not a single Jew was killed in Albania.
In 1938 King Zog married Countess Geraldine Apponyi, and she became Her Majesty Queen Geraldine of the Albanians. Queen Geraldine was profoundly devoted to her adopted nation. Her love and sacrifice for the Albanian people made her a remarkable and well-loved Queen.
Queen Geraldine gave birth to Crown Prince Leka on the 5th of April 1939. This was two days before Albania was invaded by Fascist Italy. The Royal Family was forced into exile.
Throughout King Zog’s life he continued to fight for Albania’s liberation. From the very beginning His Majesty lobbied the capitals of Europe against the invasion led by of Mussolini, the Nazis and then the Communists, who installed their regime after the Yalta agreement.

On the 15th of April 1961, Prince Leka I was proclaimed King of the Albanians by a National Assembly comprised of elected representatives of the Albanian Diaspora and the legitimate government-in-exile, at the Hotel Bristol in Paris.
King Leka lived a difficult life in exile. In the midst of the Cold War, he worked tirelessly to condemn the Communist dictatorship. He travelled the world to unite the Albanian Diaspora and founded the Albanian National Liberation Army. He fought for Albania’s liberation from the tyranny of Communism. Within Albania, the Monarchists were harshly persecuted by the Regime. Thousands were killed, but the Zogist movement survived within the concentration camps and throughout the country.
In 1975 King Leka married an Australian, Susan Cullen-Ward, who became Queen Susan of the Albanians. They gave birth to Crown Prince Leka II in South Africa, on the 26th March 1982.
King Leka first returned to Albania in 1993, though he was forced to leave within 24hours. He would return again in 1997, where a referendum was secured on whether or not to restore the Monarchy. The result of the referendum remains a topic of debate till this day.
The Royal Family was officially invited back to Albania in 2002 by the Albanian Parliament and, in 2003; the Parliament decreed a special law in favour of the Family. (Law Nr. 9063, 08/05/2003)

After the passing of H.M. King Leka I in 2011, Crown Prince Leka II became the sole heir to the Albanian Crown.
Crown Prince Leka II married Miss Elia Zaharia on the 8th of October 2016, whereupon she became Crown Princess Elia of the Albanians. The Royal Couple live in Tirana and are very active in promoting Albania and Kosova internationally, whilst maintaining the Royal Court and working with and presiding over the Queen Geraldine Foundation. The Crown Prince and Crown Princess are custodians of the Monarchy’s legacy, whilst being diplomatically active and maintaining a balanced position in Albanian National politics as a symbol of Albanian unity.
Prince Leka has worked as an advisor within the Albanian Ministry of Foreign Affairs, Ministry of Interior and the Albanian Presidents Office. Princess Elia continues working at the Albanian National Theater.
The Royal Couple continue to serve their nation with much devotion.