The collection was created by His Majesty King Leka. It lays testament to the Royal Family’s movements during the 60 years of exile endured. King Leka had a keen interest in weapons. He collected a rich variety of ancient and modern weaponry.

The collection includes a pair of war swords from Thailand, Her Majesty Queen Geraldine’s private pistol engraved in gold, and a variety of Asian, African and European Medieval weaponry and modern rifles. 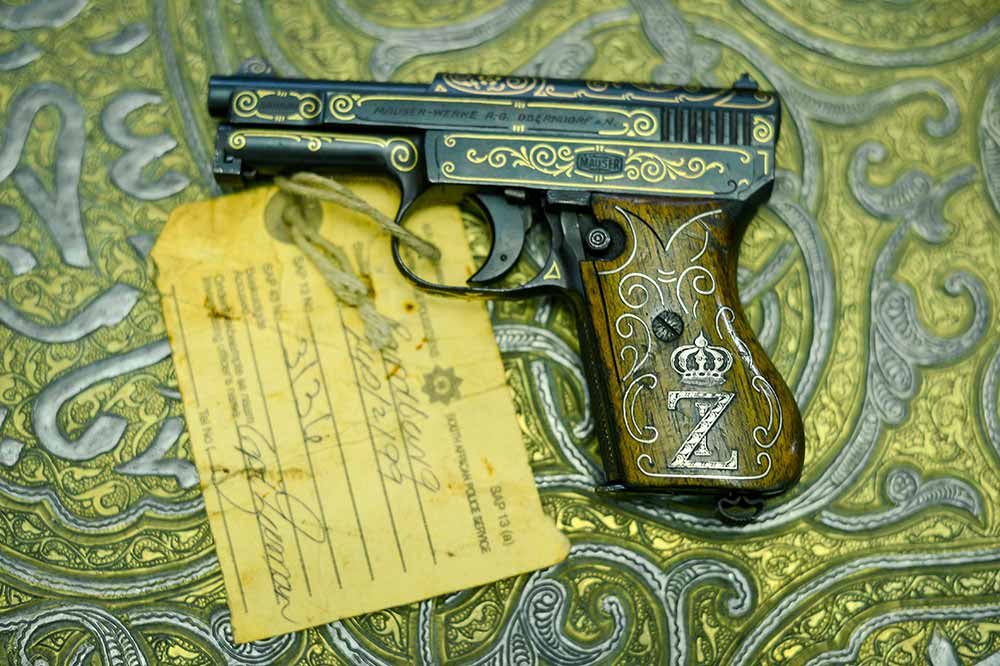 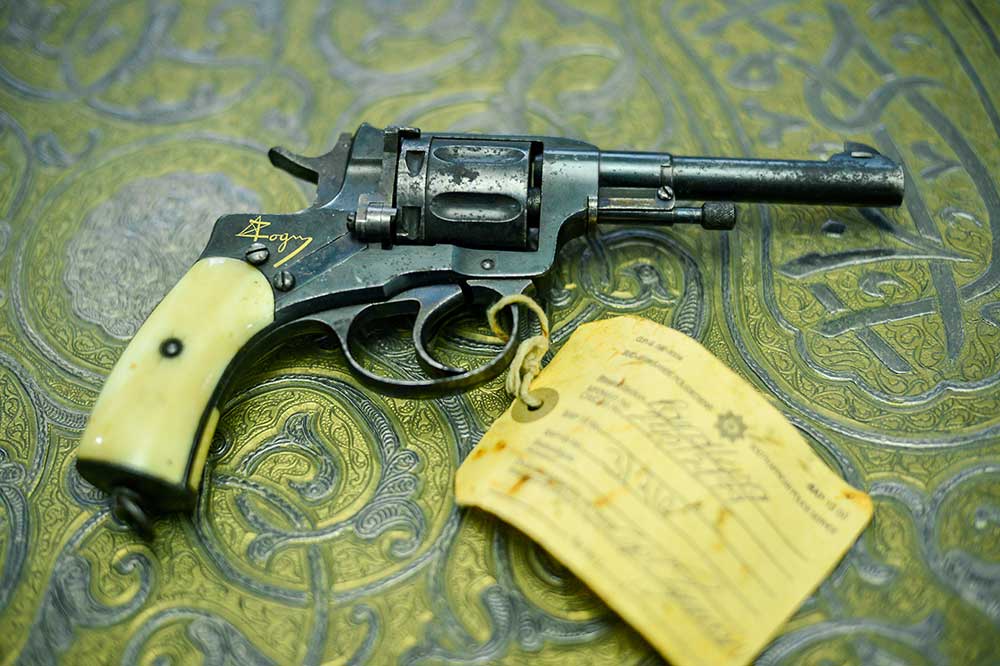 The Royal collection of Adamidi Frashëri

The Royal collection of Adamidi Frashëri was created during the 1880s and 1970, founded by Dr. Gjergj Adamidi Bej Frashëri (also known as Dr Gaqi), a diplomat by profession who lived in Egypt and Switzerland. Between 1856-1939 he started collecting different items, including weapons, icons and clothing from the XVIII century. Some of these were inherited from his own family and that of his wife’s, Helena Marko Frashëri. As a member of the Egyptian institution of Cairo, he was able to collect Sumerian, Greek and Egyptian statues.

An orthodox Christian by faith, Dr. Gjergj Adamidi Bej Frashëri had a significant interest in religious relics, especially those from the first millennium. The main aim of the collection was to create a fund which would illustrate Albanian history and culture. For this reason we also find in the collection sketches and other artifacts that tell the Albanian story throughout history.

From 1920 to 1930 the collection grew with the continued interest of Dr. Gaqi’s only son and heir, Paul Adamidi Frashëri (1904-1987). He was especially interested in modern art and invested in a number of paintings and sketches from artists like that of Picasso, Braque, Fernand Leger, Juan Gris, Gottlieb Reber, Juan Miro and others.


Show more...
Paul Adamidi donated a large part of the Sumerian and Egyptian artifacts to the Ashmolean museum in Oxford. In March of 1971, he auctioned and sold much of his modern art at the Drouot hotel in Paris. Paul Adamidi also partnered with Peter Zervudacchi of the Greek-Egyptian collection and shared a large art gallery in Vevey, Switzerland.

As the official Chamberlain of the Albanian Royal family in Spain, Paul Adamidi bej Frashëri, decided that all the collection pieces which represented Albanian culture and his family history would be left in his will and testament in the name of the heir of the Albanian throne, Crown Prince Leka II Zogu of the Albanians, as part of a Royal Foundation, set up for this purpose under the patronage and guidance of Her Majesty the Queen Mother, Geraldine of the Albanians.

In 1984 Prince Leka was only two years old when Paul Adamidi Bej died. His only desire was that the collection should be returned to Albania and viewed by the Albanian public.

In respect to this request the Albanian Royal Court, under the guidance of HRH Crown Prince Leka, has shown the collection at the Albanian National Museum, which was opened by the Prime Minister of the Republic of Albania, H.E Dr. Sali Berisha, on the occasion of the 83rd anniversary of the establishment of the Monarchy. 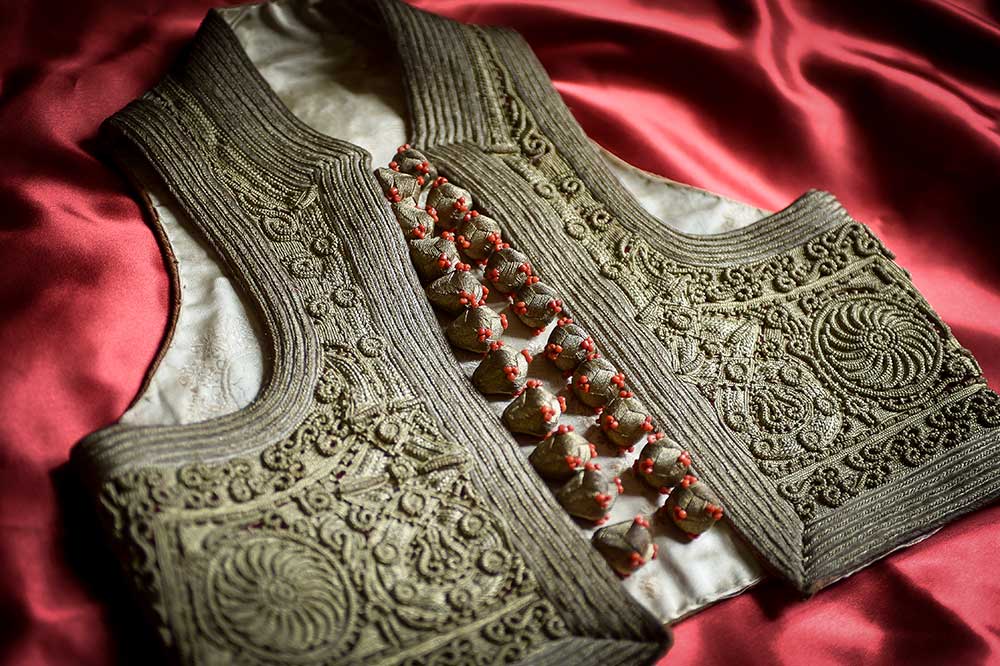 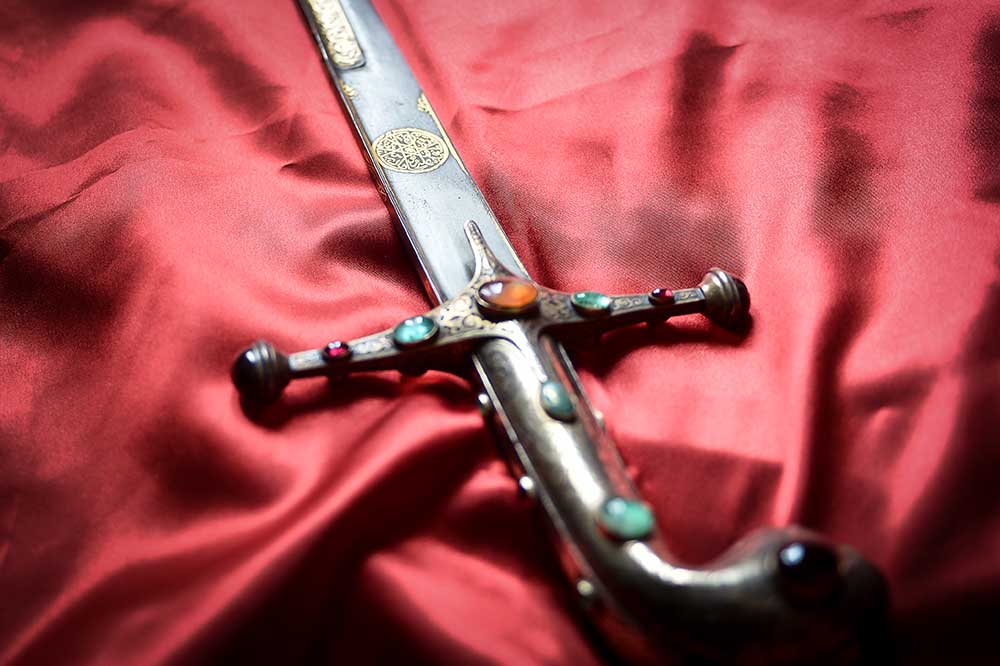 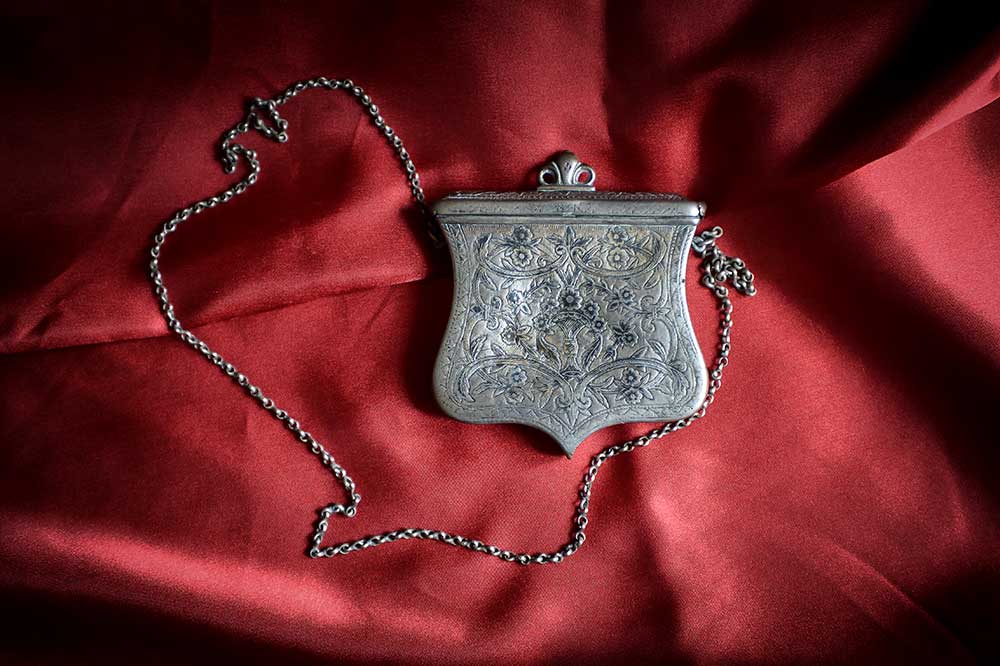 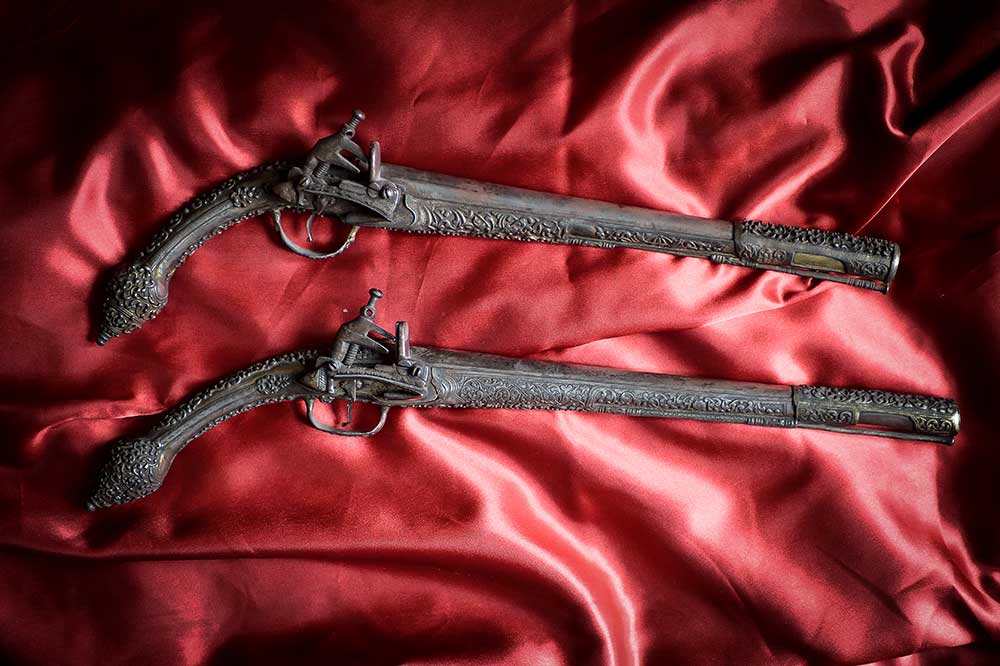 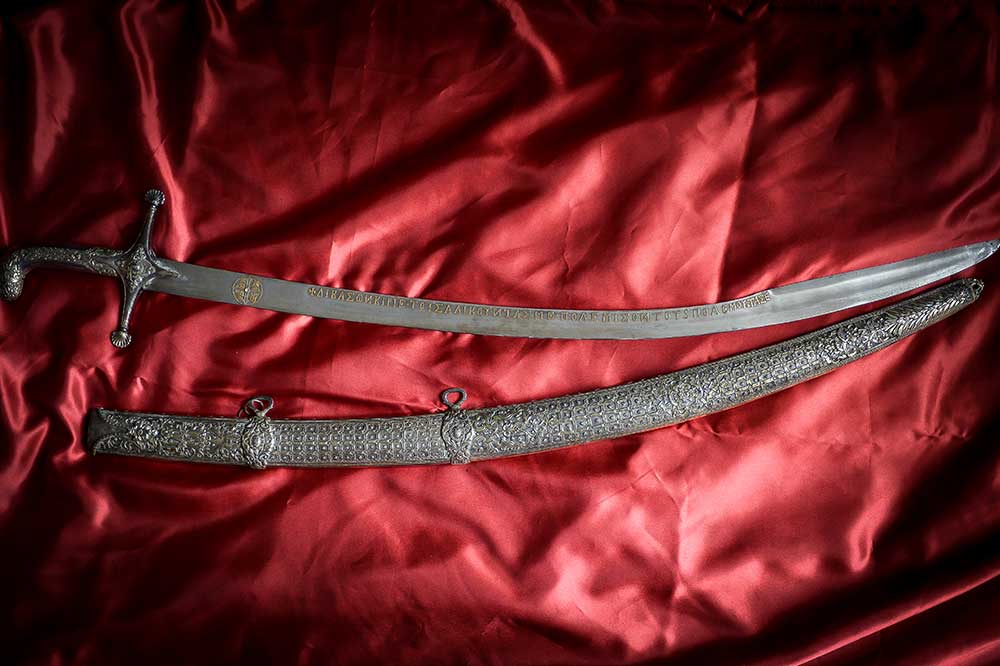 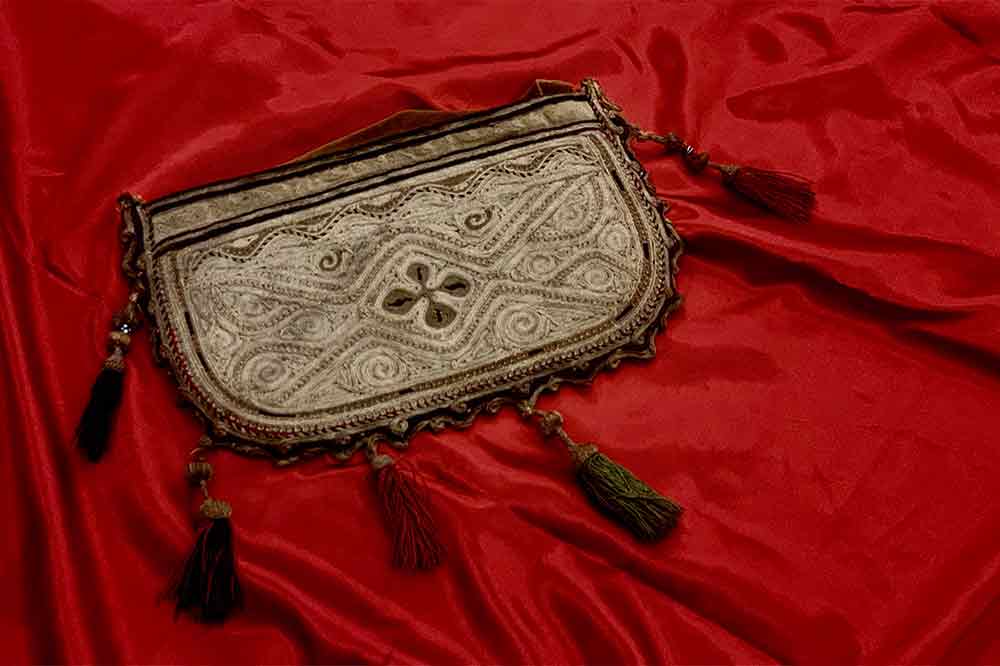 The Library has 14.000 books, which constitutes the largest collection of the Family. There are books of the political, scientific and historical genres as well as different titled novels and art, poetry and literature. The library is dominantly in English, but also contains Albanian, French, Spanish and Italian titles.

The most unique book in the collection is the partly published manuscript of Colonel Hysen Selmani’s biography of the life and experiences of King Zog. 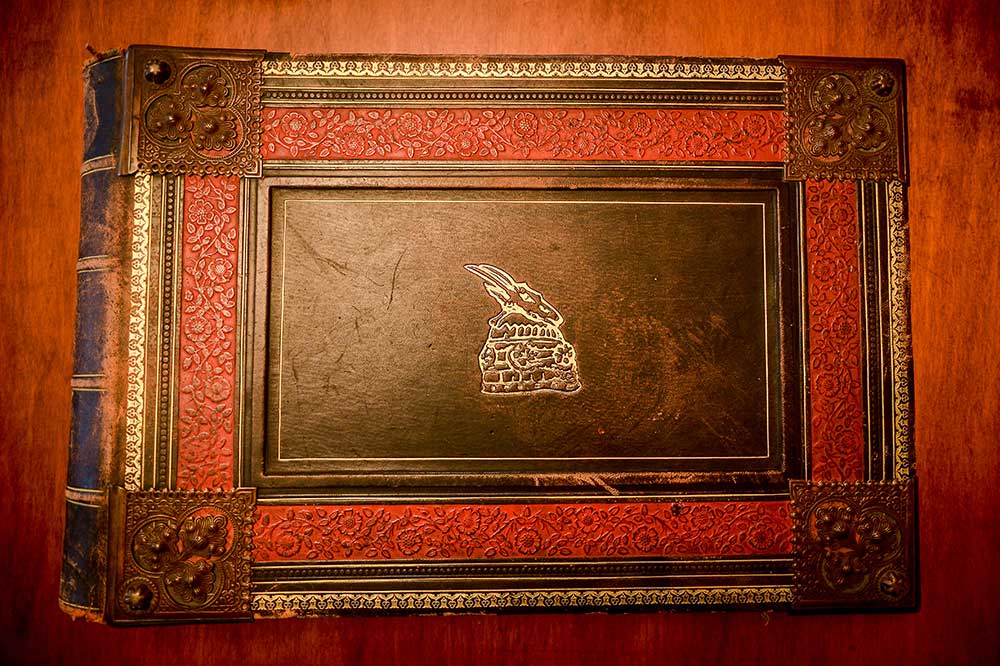 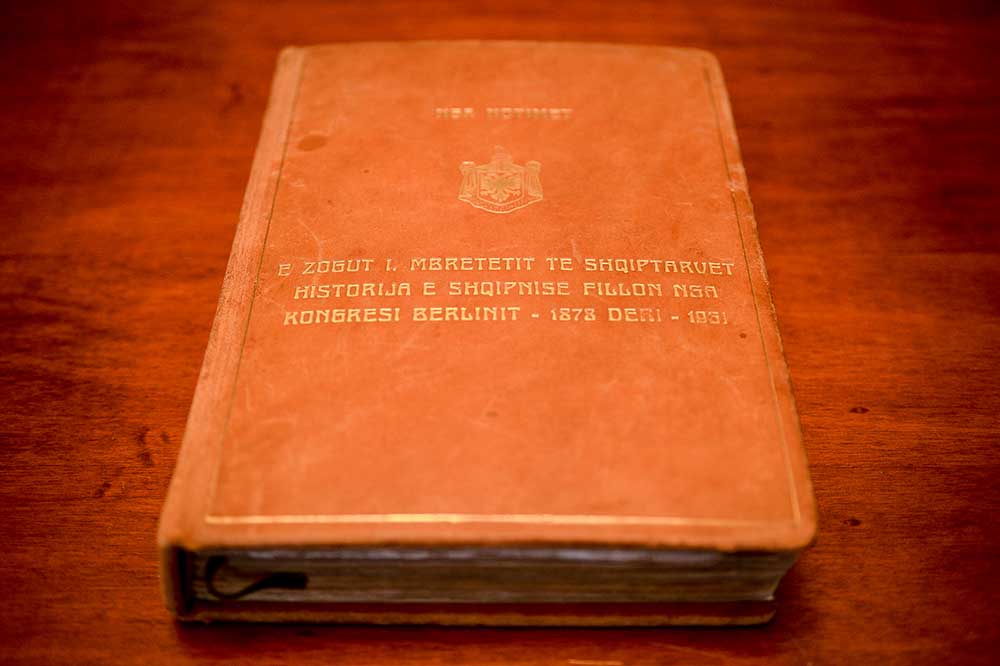 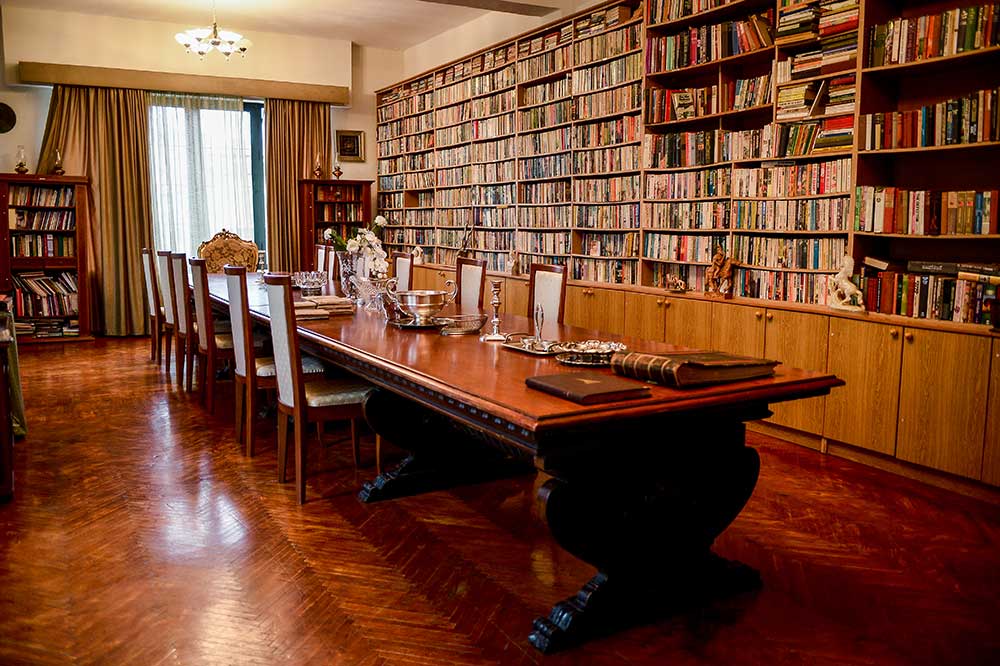 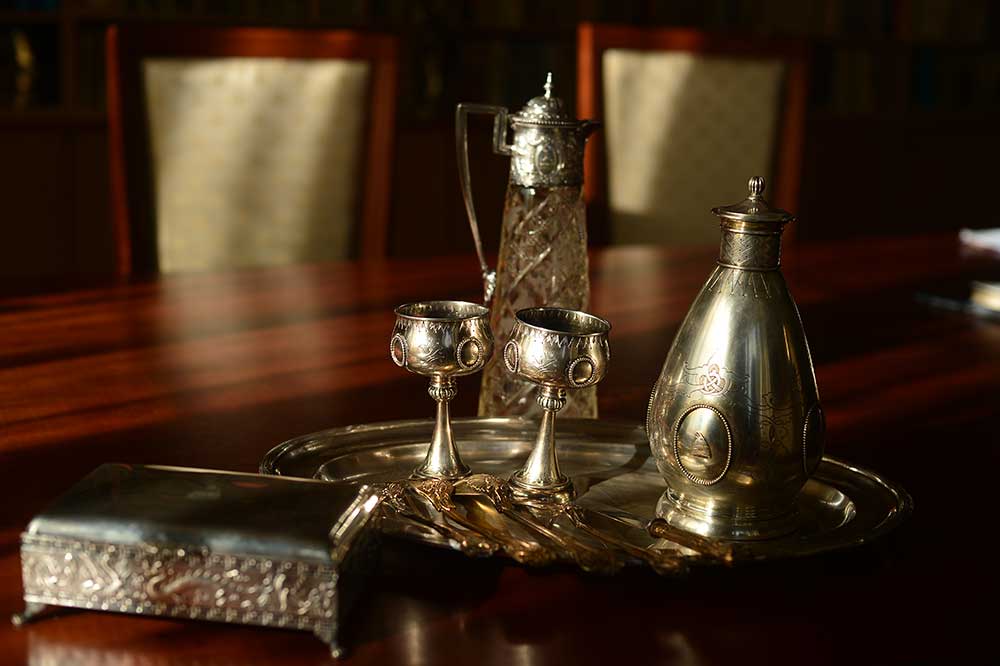 The Queen Susan bridal diadem is a diamond and sapphire heirloom tiara which was commissioned by King Leka and designed by a Court jeweler of the Iranian imperial family in the early 1970-s.

The Tiara was first worn by Her Majesty Queen Geraldine at the wedding of her son King Leka and Queen Susan in 1975.

It is unique in design, with the center of the tiara featuring a diamond-set version of the Ram helmet of George Castriot Skanderbeg. The Tiara can also be taken apart, with the Rams head becoming a brooch and the tiara transformed into a necklace.

Another historical tiara which is no longer owned by the Royal Family is “The Queen Geraldine Diamond Tiara” which was designed by Marianne Ostier of the Oesterreicher Jewelers. The diamond and platinum tiara was created for the 1938 wedding of King Zog I of the Albanians and Queen Geraldine. Using approximately 28.05 carats of old European and single-cut diamonds and 4.80 carats of baguette diamonds, the design features a graduated floral base topped by a stylized diamond ram's head. 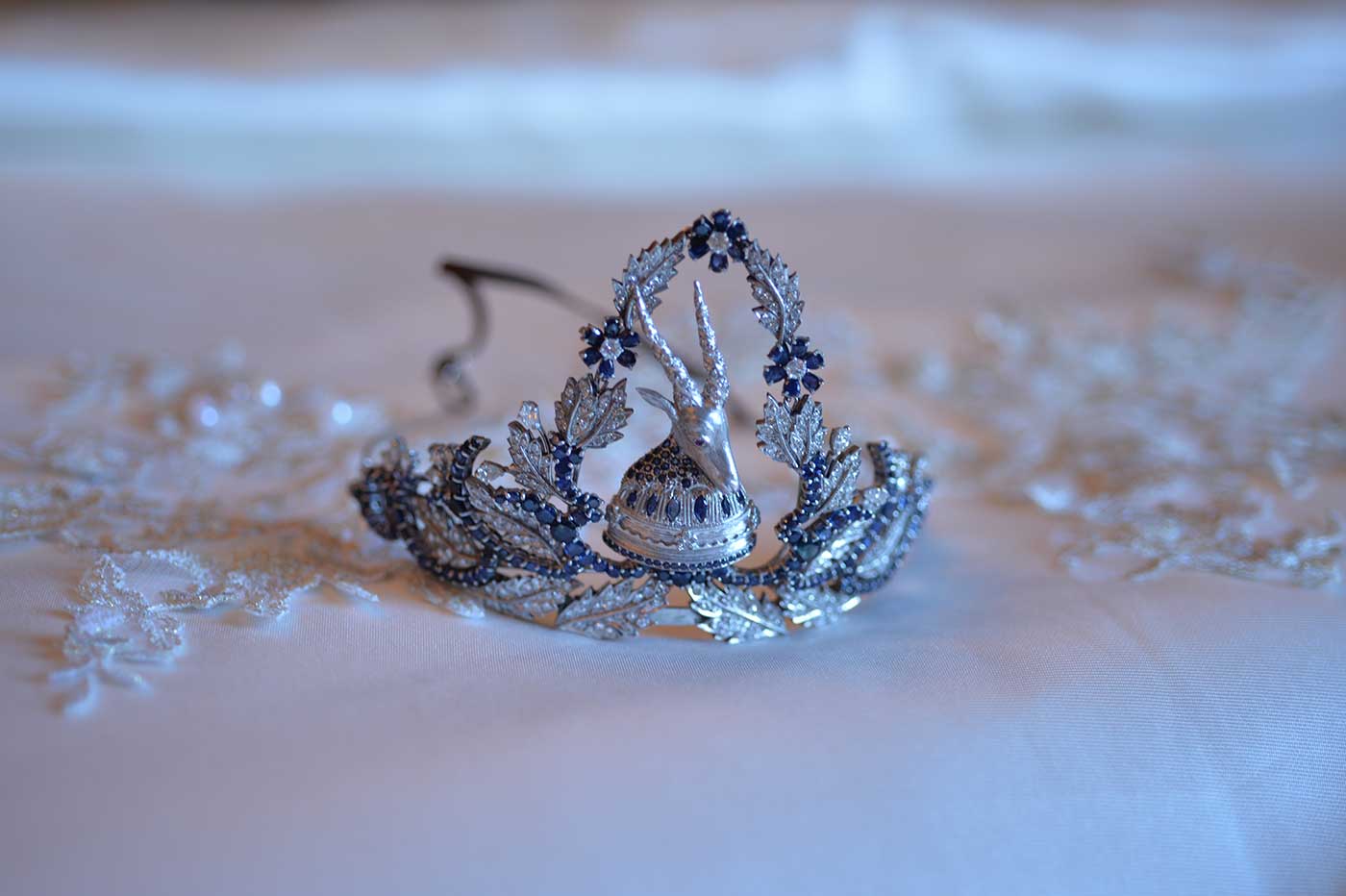