HRH Crown Princess Elia was born in Tirana, Tuesday the 8th of February 1983, to George Zaharia and Yllka Muji. 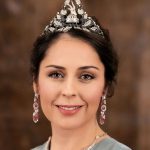 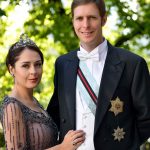 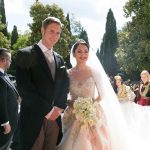 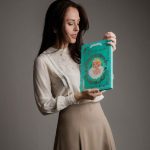 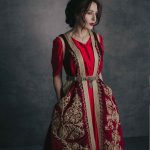 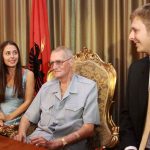 The Zaharia family originates from the village “Kosova”, in the Permet region of Southern Albania, and has historical roots in Albanian history. The Muji family was from Tuzi in Montenegro, later moving to Albania’s northern City of Shkoder during the time of the Monarchy.
George Zaharia has 35 years of educational experience as a school principal, while Yllka Muji was bestowed the title of “Maestro of Arts” by the Albanian President in recognition of her successful career working for the Albanian National theatre. Elia has one younger Brother, Amos Muji- Zaharia.
Crown Princess Elia studied at the Arts Lyceum in Tirana. In 1999 she started her music career and became a member of Albania’s first girl band, Spirit Voice, which at the time topped the charts and won many prestigious music awards. The band was especially acknowledged for its charity concerts in post-war Kosova.
After High School Princess Elia moved to France, where she continued her studies in drama at the National Conservatory of Bordeaux (2003-2005). She was subsequently accepted into the famous Parisian private acting school “Cours Florent” (2005-2007).
After completing her studies at the Cours Florent, Princess Elia studied theater at the St. Denis University in Paris (2007-2010). After her graduation she returned to Albania.
Princess Elia continues her successful acting career working for the Albanian National Theater. She has also been cast in various film productions in leading roles.
When Elia married Crown Prince Leka on the 8th of October 2016, she then officially became Crown Princess of the Albanians.
Elia is the President of the Queen Geraldine Foundation, which is the official foundation of the Albanian Royal Family. It was created to help children with disabilities, rebuild schools and medical centers and support education in rural regions.
In 2019, Princess Elia wrote and published a children’s fairytale book illustrating the history of Queen Geraldine called “The White Rose”. The book became a best seller in both Kosova and Albania. In 2020 a translated version of the book was published in Hungary.
In recognition of her charity work, Elia was accorded the title of honorary citizen by the commune of Lis in 2014. In 2017 she received, together with her husband, a special proclamation by both the New York Senate and the New York State Assembly. On the Occasion of the 90th anniversary of the Monarchy, Princess Elia was bestowed the highest rank of the Albanian Royal Order of Fidelity, grand-sash with star of the Besa.
Elia’s hobbies include music, for which she has a great love, reading and painting. She can speak fluently four languages, Albanian, French, Italian and English. As a child it was difficult to comprehend the harsh realities of the lonely communist regime that we were living in. Albania was a country completely isolated from the rest of the world. I remember New Year’s Eve, not because of the festivities, but because it was the only time of the year that most Albanian families had fresh fruit on the table. The poverty was staggering, and I was a part of a family which was far more privileged than most.
Fortunately my mother was an actress and my play ground was the Albanian national theater, a place of dreams, a completely different reality from the suffering of everyday life in the streets of Tirana.
The theater stage would become my escape, a place where I could truly feel free from the world which surrounded me. This feeling has remained with me throughout my life and helped me to peruse a dream career as an actress at the National Theater.
As an educator, my father, throughout my formative years, installed the solid grounds of my education. At the time of the fall of communism and the chaos of a difficult transition, followed by the 1997 anarchy when the pyramid schemes collapsed, both of my parents were models of bravery and sacrifice for me and my younger brother Amos. I admire them and owe them much for the way they brought me up.
As a teenager I started to test my artistic skills. I was fortunate to have a good voice that allowed me to become a member of the first ever Albanian girl band. It was an opportunity to expand my horizons and gain some independence. After the Kosova war, we where the first Albanian music group to visit war torn Kosova and its capital, Pristine. In the four years that I was a part of the group, we visited every city in Albania and, most importantly, I was able to build some of my strongest friendships that have lasted till this very day.
After finishing school at the Albanian artistic lyceum, I traveled to France to continue my studies for nine more years and fell in love with the Parisian life.
In 2008 I met my true love, Prince Leka, at a theatrical event in Albania. We immediately developed a friendship that eventually grew into love. I still remember meeting Prince Leka’s father, King Leka, three years before he passed away. He was an incredible man and every word he spoke was filled with pure conviction. Automatically King Leka and Queen Geraldine’s half Sister, Silviane Mysilier, made me feel at home: The Royal Family and the Royal Court had been without a lady of the house for far too long, and I was welcomed into the role.
Life within the Royal Court has brought me closer to the realities of Albanian life, and serving as President of the Queen Geraldine foundation has connected me far more deeply to my Nation. Nothing material can compare to changing the lives of those that need our help, the children that need our love and the elderly that need our care. The greatest accomplishments I have achieved come from seeing true relief and gratitude in the eyes of those whom we have supported. We strive to continue the Royal Family’s mission to serve the Albanian Nation and work for its future - a future which we hope to share as we build our family.