Crown Prince Leka was born, Friday the 26th of March 1982, in Johannesburg South Africa, to Their Majesties King Leka I and Queen Susan of the Albanians. As a gesture of goodwill, the Sandton clinic ward was proclaimed Albanian territory for 24 hours by the South African government. 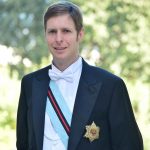 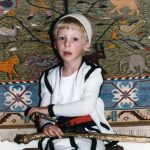 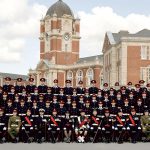 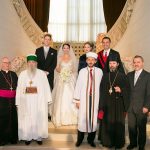 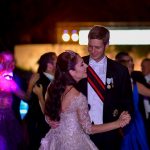 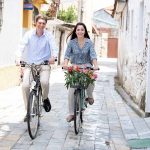 Prince Leka was named in honor of Egyptian President Anwar El Sadat, His grandfather King Zog, Emperor Mohammed Reza of Iran and Baudouin I, King of the of Belgians. Msiziwe is a Zulu honorific name given by King Goodwill Zwelithini kaBhekuzulu.
Prince Leka grew up in South Africa with his parents and grandmother, Queen Geraldine. He was brought up with a deep understanding of and affection for Albania, the Albanian people and Albanian culture.
The Prince went to school in South Africa and attended St. Stithians College junior preparatory school, St. Peter’s Preparatory School, and then St. Peters College as a founding student. Prince Leka attended The Royal Military Academy Sandhurst in the United Kingdom in 2005, where he commissioned as a second lieutenant in the British Army and was awarded “The King Hussein medal”.
He later studied at the University of Illyria for a BA in International Relations and Diplomacy. Additionally, he studied for several months at the University for Foreigners Perugia and has taken multiple high level courses at the Albanian Defense College.
Crown Prince Leka worked as a political adviser to the Albanian Minister of Foreign affairs, 2006-2009; as political adviser to the Albanian Minister of Interior, 2009-2012; and as political adviser to the President of Albania, 2012-2013.
His Royal Highness is the head of the Albanian Royal Family. He was proclaimed successor to the Royal Crown by His Majesty King Leka I in 2000, on his 18th birthday, in accordance with the Royal Constitution.
Prince Leka speaks Albanian and English. He lives at the Royal Residence in Tirana. Prince Leka met Miss Elia Zaharia in 2008. They were engaged in Paris in 2010 and married in Tirana at the Royal Palace on the 8th of October 2016. It is difficult to describe a life in exile, a life devoted to one single mission: to return home to serve a nation that you have never seen. The connection I had as a child to the Albanian nation was through my parents’ romanticized view point, the stories that my grandmother told me, the impressions of the Albanian Diaspora or the memories of old Albanian mountain men. This is probably the best way for me to describe my upbringing as child living in South Africa. These childhood memories are so deeply ingrained into my personality that I have no other place which I can call home.
My love for Albania doesn’t stem from the reality of the current circumstances, but it is more deeply based on the hope of what Albania could be in the future.
This is precisely why I am so proud of our activities in the country. With the creation of the Queen Geraldine foundation under the guidance of Elia, we have been able to achieve a tremendous amount in such a short time. The work of the foundations allows us to give our symbolic contribution to Albania and the Albanians.
As important as the symbolic contributions are, the human connections that we are rebuilding within the society are even more valuable. The rekindling of the old links with the Zogist families are especially important. We are not only following the footsteps of my Grandfather, King Zog, but we are also continuing a friendship which extends between the generations and building new allies. The Albanian Monarchy in itself only existed for a limited period of time, but its principles resisted 50 years of the harshest communist dictatorship. The Albanian Monarchy is an integral part of the nation, and it is our undertaking to unify our fellow countrymen in building the foundations for a steady future.
Many years have passed since the Royal Family was finally able to return in 2002 by an official invitation of the Albanian parliament. Over the years my grandmother, Mother and father have all passed away. Now it has become my responsibility to continue the family line. This responsibility is also the opportunity to build a family. With Elia I have been lucky enough to find a life partner, a friend, the love of my life!
As we look forward to the future, we remain extremely confident. Within us there is tremendous energy and extraordinary passion to bring forth change, and our spirits are full of resilience.
The future is ours to make! As we pave the road ahead and persevere in our mission to make Albania our home, we look forward to helping Albania become the country that its rich heritage and people deserve. It is going to take time and patience for the Monarchy to find the right balance and become a point-of-reference which can establish trust in the turmoil of what has become modern Albania. But this is what I was born to, what I live for, and it is my pride and responsibility to serve.